Which Areas of Town will grow next? Do you want to be close or far away from the next boom? There are many websites with opinions about the Las Vegas Valley and the best and worst cities and areas of town.

There are many lists where they rank Las Vegas as 1 city, not 3. Stats for Crime, Costs of Goods, and Accidents are skewed, so be sure to take those articles with a grain of salt.

Since the Las Vegas Valley averages 250,000 +/- visitors each night, statistics include tourist and tourist corridor crime, cost of goods numbers, and accidents. The problem is that those impactful numbers are only credited to the full-time population count without accounting for any tourists. Plus, I do not buy my gas or food on the Las Vegas Strip- I pay considerably less.

Statistics use averages. The last birthday dinner we had in the Eiffel Tower at Paris charged $45 al la carte for Dover Sole. I did not pay half that at the local casino gourmet restaurant

Keep this in mind when you see any articles quoting stats. The most impactful skewed statistics are in crime and car accidents vs. population. Subsequently, car insurance premiums are higher, but tourists pay our State Income Tax so I think insurance is a small price to pay.

Deciding Where To Live In Las Vegas

Where do you want to live? Do you know? If you are unsure of which area of town is right for your family to live in, we can spend the first few hours on an

Areas of Town Tour when we meet. On our tour, we will show you community features and amenities.

There are 3 main cities that we sell homes in; however, there are 16 cities we sell in Southern Nevada. Link to info pages and searches below. Las Vegas, North Las Vegas, and Henderson are where most people live in the Las Vegas Valley and Southern Nevada.

Also, see our blog about Areas of Town in the Las Vegas Valley for home styles and area value comparisons

For compass points, picture Downtown Las Vegas is in the middle, North Las Vegas in the north, and Henderson in the south. Howard Hughes bought a large parcel of land in the west, which is now called Summerlin and is the largest Master Planned Community in the United States.

Beyond Summerlin is Red Rock Recreation Area and the road to Pahrump. Nellis Air Force Base and Sunrise Mountain are to the East. Above the North West, part of the valley is Mount Charleston, which has snow and pine trees. The South East is home to Lake Mead National Recreation Area and Boulder City.

If you put a dot in the center of Most Downtowns, USA, that is where the first homes in that city were built. Growth happens in a circular motion moving out from Downtown, which means the oldest housing is in Downtown. Subsequently, the newest homes are the furthest away from downtown- currently.

As we are hitting the valley’s natural boundaries, therefore, sections of land that were passed over are being filled in. Let’s look at each direction:

Between Henderson and Boulder City

I-15 Between Las Vegas and California State Line

I-15 North Towards Mesquite

Many of the newer areas of town are developed with Master Planned Communities. There are also areas of town without as many CCR’s or rules. These areas were usually built before the mid- 1990s. We have lived here far longer than that so if you want a home with no CCR’s, call and we can point you in the right direction.

Our website has hundreds of pre-set home searches. The results can me filtered and modified in the top-right corner. Save your favorites and save searches to receive automated emails when new homes with your criteria become available. When you’re ready to “Get Moving” let’s talk. Bookmark our site to return to it as often as you’d like. We will never SPAM you.

We Make Your Move Easier

If at any time you’d like to talk, have a consultation, or have questions, let us know. As full-service Realtors, we are also happy to set searches up for you and send you homes within your specifications. Please send us an email, give us a call at 702-750-7599 or fill the form out in the footer.

This website and information are made available for you to explore by Kurt Grosse with Realty One Group. Kurt is a Las Vegas Top-Producing Realtor since 1996 and a Retired Building Engineer (PE, CE).

Kurt’s goal with his buyers and sellers is to use his skills and knowledge to protect them in this ever-changing Las Vegas Real Estate Market. With how quickly homes are built in Southern Nevada, his skills are invaluable. 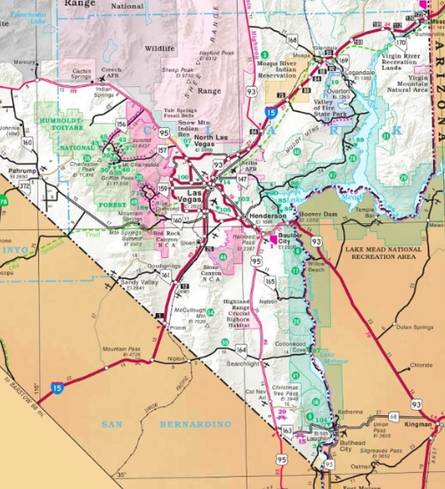