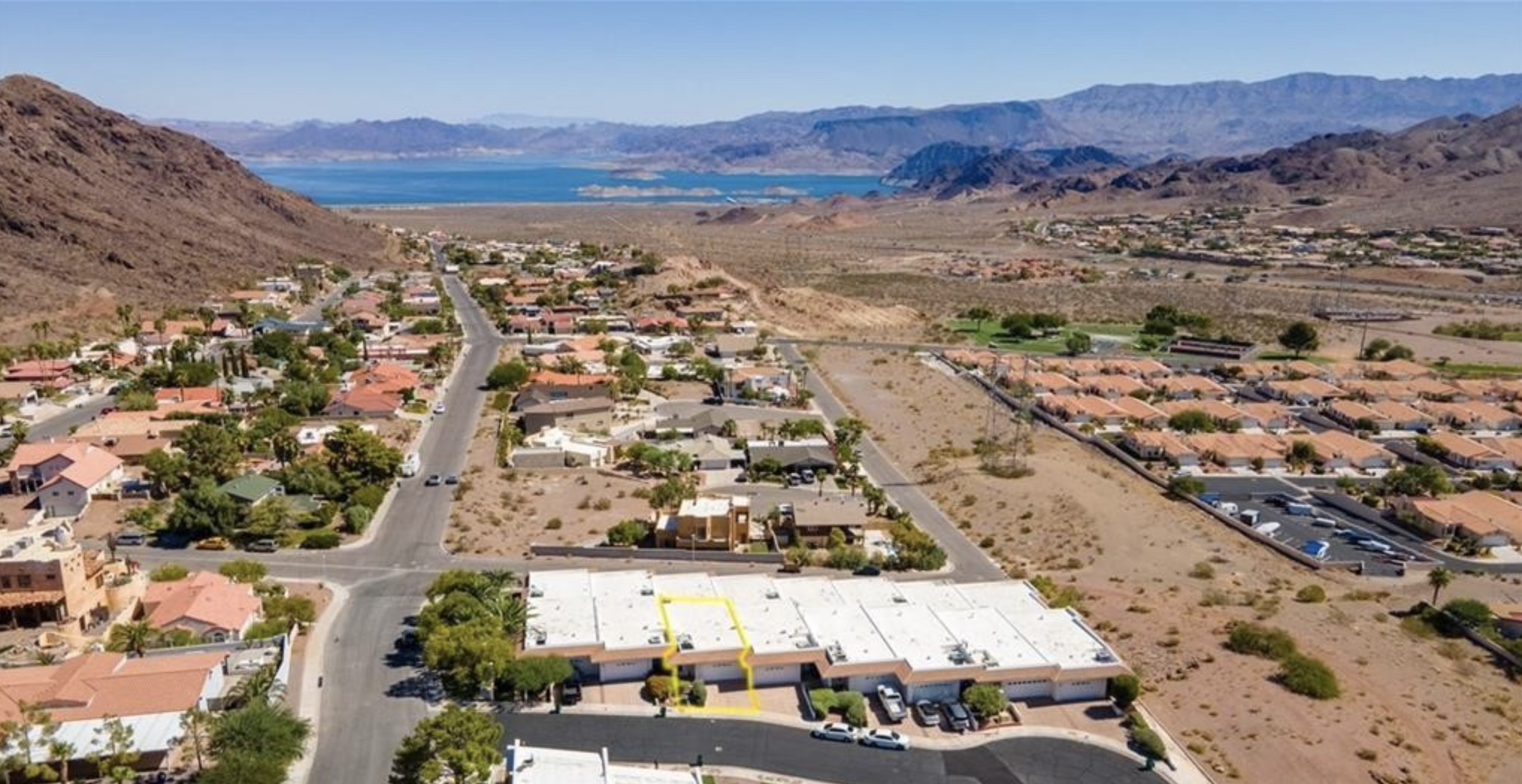 Boulder City, NV homes for sale are treasures. The city’s commercial area is unique and residents wave and smile. Boulder City, NV is a modern small town where the building moratorium has kept the community small.

Few people know that Boulder City, Nevada, may have been Nevada’s first planned community. In the 1930s it was built specifically for dam employees and support staff. However, management and the workers of the new Boulder Dam created a town that didn’t die after the dam was completed.

It sits along the west side of Lake Mead, just south of Henderson. Boulder City is named after the original canyon where the dam was planned. However, when the location changed to Black Canyon, the name of the city was not changed.

As a political move made in 1930 by President Hoover, the dam’s name changed to Hoover Dam. Only 3 years later, President Roosevelt changed it back to Boulder Dam. People still confuse the name.

Homes For Sale In Boulder City 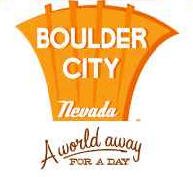 When looking at homes for sale in Boulder City, every type of home is available. Housing types range from condominiums to very expensive luxury custom estates with a view of Lake Mead. You’ll now find older homes and also new homes in Boulder City, NV.

Homes for sale in Boulder City have been small or large with few medium-sized houses. Only custom homes were permitted until a 2018 revision was made to their Boulder City building moratorium.

New construction is now limited to 120 residences a year, either single-family or multi-family housing. However, up to 30 houses can now be built by the same contractor or company. No gated communities are allowed according to the Boulder City building code.

There are now resale and new homes for sale in Boulder City, Nevada. You still see Big Horn Sheep grazing in the park above the lake. With low crime rates, a historical-looking downtown, and family-orientated community activities, Boulder City is a great small community.

Lovely estate homes take advantage of the privacy and view of Lake Mead and the surrounding federal recreation area. There are many properties zoned for horses in the area. Adding to the appeal, Boulder City is only 15 minutes over the hill from Las Vegas, the Entertainment Capital Of The World!

We can’t talk about Boulder City housing without talking about the size of the dam and how Boulder City’s housing evolved. I find the area historic and enjoy the metal freeway art depicting scenes from the 1930s. Be sure to look when driving through.

How Big Is Boulder Dam?

Hoover Dam stands 726 feet high and is 1,244 feet long. Contractors excavated 3.7 million cubic yards of rock and poured cement. It took years to fill the lake that extends 110 miles behind the dam structure. It is the largest man-made lake and reservoir in the U.S.

The analogy that the Boulder Dam Tour loves to talk about is the amount of cement used. A total of 4.36 million cubic yards of concrete was used to build the dam, its power plant, and auxiliary features. That is enough concrete to pave a 16-foot-wide, 8-inch-thick road from San Francisco to New York City.

How Long Did It Take To Build Boulder Dam? 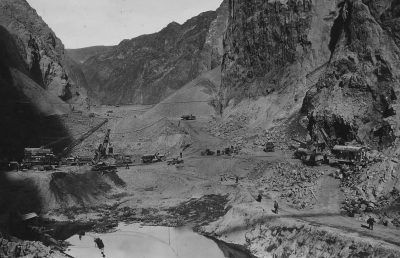 A friend of ours had a grandfather who ran crews at the dam. He said that many workers died of dehydration because they didn’t know better at the time. His grandfather felt guilty for the rest of his life. Dehydration was not a death factor that was tracked.

The Town At Boulder Dam

Boulder City consisted of planned housing for both management and laborers. Status determined where you live. Management lived at the top of the hill, in the largest houses. They also had a park and a community pool. Workers lived in tents, small homes, or commuted from Henderson.

The road from Las Vegas was dirt and was mostly 1 lane in 1931 when the Caterpillar tractors arrived. The Bureau of Reclamation granted Six Companies, Inc. the contract to build the dam with a bid of $48.6 million.

Tent cities were everywhere so housing was built. 658 “Dingbat Houses” were built in 9 months. As a building engineer, I find it amazing and scary that two carpenters would build a house in 12 hours.

Dingbat Houses had a living room, a bedroom, and a bathroom on the screen porch with a shower and toilet. With no insulation and gaps between the walls and roof, the screened porch offered coolness at night. Many people made the porch into a bedroom or two.

Six Companies charged $19 a month to rent one of their Dingbat houses. Six Companies didn’t allow planting in the yards of their “temporary housing.” The waiting list was sometimes a year-long to get a house because these homes were “better than a tent.”

Homes didn’t come with a refrigerator or stove, but you could buy one from Six Companies for $150. Monthly payments were allowed. Keep in mind the hourly income of $.50 – $1.25 an hour…

After the Los Angeles 1932 Olympics, athlete temporary housing was sold to a company that brought them to Nevada. The Olympic houses were reassembled once they arrived.

Made of “celoboard,” the homes were quite flimsy. As proof, historians acquired letters saying that bathroom windows were cut with kitchen knives.

After the Olympic houses area was filled with workers and their families, workers were allowed to buy a plot and build their own homes. Living in the middle of the desert and most workers were poor, meant that homes were built from items found at the dump.

Seeing the quality of construction, the Bureau of Reclamation sent out housing guidelines. These were the first Building Codes in Southern Nevada.

Even though Boulder City was “planned,” the closest hospital and school were 25 miles away. Liquor and gambling were against the law and any business that wanted to open needed town council approval.

The City Manager made most decisions including sentences for crimes and locations for new businesses. The population of Boulder City soared to over 5000 people in 1932. When the dam was finished, many workers chose to stay or move to Henderson. 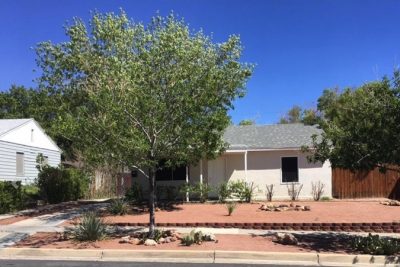 A typical home in the 1940s had 2 bedrooms and 800-1000 square feet. They were built on the same lots where the Dingbat homes and the Olympic houses originally were. Many of these homes still exist today and sell for over $350,000.

1943 saw the founding of the City of Henderson, just 10 miles away from Boulder City. It had also grown due to the dam because it had amenities that Boulder City didn’t have. Henderson allowed gambling and sold liquor. It also had plenty of schools and a hospital.

Henderson grew quickly because of a munitions plant and a large magnesium plant. That plethora of jobs attracted dam workers to move to Henderson rather than leaving the state when the dam was finished. Many dam families were already living in Henderson so it was an easy transition. 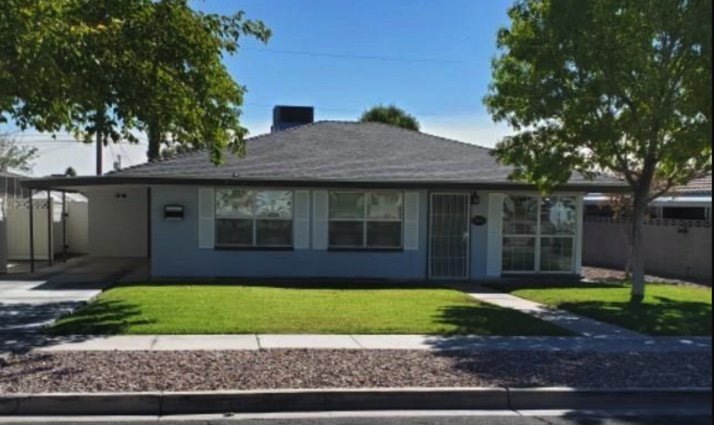 Room sizes were small, beds were doubles and singles and there was one bathroom. With 1800 square feet homes, there may be 2 bathrooms. I love these neighborhoods and the homes are charming. Most people have lovingly taken care of their older homes.

When we see these historic homes for sale in Boulder City, most of them look neat, modernized, and updated. With their mature landscaping and green trees, homes start in the $350,000 price range.

The Mob ran Las Vegas when Boulder City became an incorporated city in 1969. After years of being illegal, alcohol was legal once again. Wanting to remain a peaceful town, a NO GAMBLING law was created.

To remain small, the City Council decided to enact a strictly enforced 120 per year authorization of housing permit moratorium. Since 1969, the building permit wait-list slowed the growth, keeping the population low and home prices steady. People who finally get to build have been on the list for years. 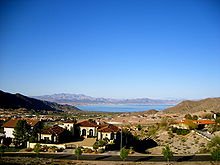 Boulder City is the closest you’ll get to finding a Lake Mead home for sale. Because the Lake Mead National Recreation Area is protected, having a view of Lake Mead is rare. Developers and City Planning have tried to maximize views with tiered lots.

Downtown, Historic Boulder City, NV has an old-west look, and a southwest feel. This blends nicely with the charming 1940’s homes and also with the more modern buildings. Lake Mead is a strong business resource attracting visitors to its launch ramp and marina in Boulder City.

Even though traffic and business has changed, the jury is still out as to whether it’s better or worse for the city. The City Council scheduled more special events starting in 2018. With 2020 changes, statistics are not solidified.

What we do know is that there are more opportunities for both tourists and locals to enjoy the lovely ambiance in Boulder City.

The Boulder City Police Department is the City’s Hub, with its website being the town bulletin board. Due to this, the police department also assists with:

In 2018, a miraculous event occurred. Storybook Homes broke ground on the first new home subdivision in Boulder City for over 30 years. Offering 4 floorplans with variations, homes have sold quickly.

The building moratorium put upon the area now allows 30 homes to be built a year by each builder. With 10 acres a year contracted for purchase by Storybook Homes, Boulder City New Construction Homes have arrived.

Storybook Homes continue to build 30 fabulous homes each year. About 75% of them have one story and a 3-car garage. Designers have engineered RV parking space on each lot.

Located near Highway 93, their location is convenient, close to downtown Boulder City and the Lake Mead National Recreation Area.

See our Storybook Homes Las Vegas page for floor plans, additional information, and a link to each of their subdivisions with home searches.

Wow! There are new construction homes for sale in Boulder City – wow! a subdivision in Boulder City! This is the first time in my 30+ years of living in the Las Vegas valley that this has occurred. I’m still amazed a couple years later!

These Boulder City new construction homes are in an affordable price range. In the past, Boulder City homes for sale mainly consisted of condominiums, custom estates and older homes.

For sale in the median price range were older custom homes that needed remodeling. Then there was a large gap where housing jumped to high-end luxury mansions and luxury custom homes for sale.

Now, having new homes in Boulder City attracts a younger demographic who wants to take advantage of Lake Mead’s water sports. New life has arrived with the new homes – Boulder City, NV, is a great place to live – check it out!

If you’ve been thinking about looking at Boulder City, NV homes for sale, let’s go open some doors!

This website and information are made available for you to explore by Kurt Grosse with Realty One Group. Kurt is a Las Vegas Top-Producing Realtor for 26+ years and a former Nevada Building Engineer (PE, CE).

Kurt’s goal with his buyers and sellers is to use his experience, skills, and knowledge to protect them and their investments. With our ever-changing Las Vegas Real Estate Market and how quickly homes are built, his skills are invaluable.