We are New Home Specialists. In addition to us selling Real Estate for 25 years, Kurt is a former Nevada Building Engineer. (PE, CE) With how quickly Nevada houses are built, his knowledge and services are invaluable. As your New Construction home is built, he goes to the site to monitor construction for you or with you.

The company says that this change is to promote their national brand recognition. See our TRI Pointe Homes Las Vegas page to learn about the improvements TRI Pointe has brought to Las Vegas housing.

Pardee Homes started building Las Vegas houses in 1952. Their target buyer was WWII vets and using their $1 Down benefits. They sold every home planned for in two days, the very first weekend. Since that first weekend, they have 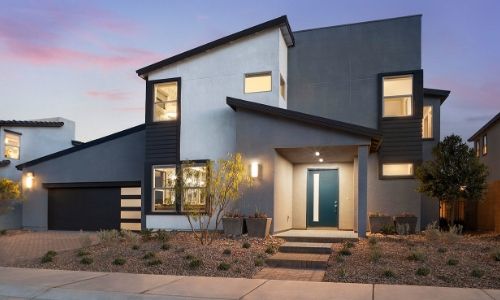 been a housing force in the Las Vegas Valley, building affordable houses.

They also built houses beside and within Henderson near the airport. Next, Pardee started on to develop Eldorado in North Las Vegas in the early 1990s.

Eldorado was North Las Vegas’s first master-planned community. Vacant land was inexpensive at the time, and Pardee risked being priced slightly higher, and it paid off. Their community areas are lovely and lush almost 30 years later.

We found it amusing that to cut costs, Pardee only put one lightbulb in a light fixture even though it held 3 or 6. Years ago I remember asking at their housing tracts about how many light bulbs they put in their fixtures. They’ve changed.

As a resale community, Eldorado is still in demand today. It is known for being a premier community within the city. In the last few years, housing reached the north and western boundaries of El Dorado. Opening convenient access to the 215 beltway community residents are grateful.

For over 30 years, Pardee Homes has built communities and neighborhoods in Las Vegas, Henderson, and North Las Vegas.  They were trendsetters by offering smart home features in the early 2000s. Soon they followed Pulte by using energy-efficient designs and features.

Pardee Homes now has a reputation for building homes with open floor plans and energy-efficient features in every house. You will save utility monies each month living in a Pardee / TRI Pointe Las Vegas Home. 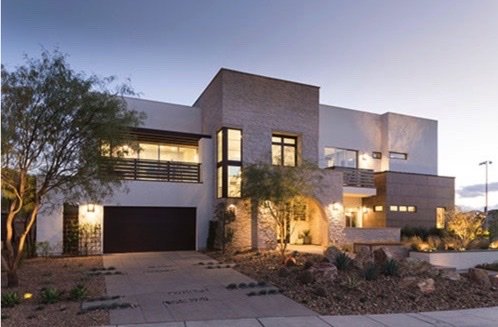 Taking on the challenge of being a cutting-edge “green home” builder. Pardee’s great popularity and reputation were earned.

George Pardee opened Pardee Homes in Southern California in 1921. His 3 sons eventually joined the company and assisted in its growth. When the housing market boomed all over Southern California, Pardee’s logical growth market choice was Las Vegas.

In 1969 Weyerhaeuser Corporation, which is also a lumber company, purchased Pardee Homes. A merger with TRI Pointe Homes in 2014 created a new corporation known as TRI Pointe Group. 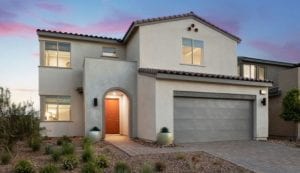 This website and information are made available for you to explore by Kurt Grosse with Realty One Group. Kurt is a Las Vegas Top-Producing Realtor since 1996 and a Retired Building Engineer (PE, CE).

His goal with his buyers and sellers is to use his skills and knowledge to protect them in this ever-changing Las Vegas Real Estate Market. With how quickly houses are built in Southern Nevada, his skills are invaluable.