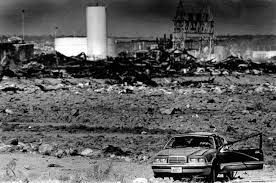 Not long after I moved to Las Vegas in 1988, Henderson’s Pepcon explosion occurred. The life-changing explosion was at Pacific Engineering and Production Company on May 4, 1988. It’s a memory of the Las Vegas Valley that many residents are now able to ignore since Henderson and Las Vegas have changed how and where these industry giants can do business. 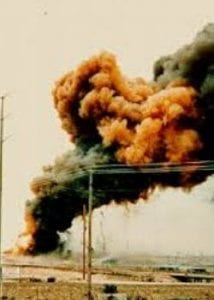 The first explosion was small compared to the resulting explosion when the natural gas line blew. In total, 3 large explosions occurred, and several smaller ones.

The resulting shock wave blew out almost every piece of glass within a 3-mile radius, and many homes had structural damage. Thankfully, only 2 people were killed and 350 injured.

This disaster was determined to have been caused by welding equipment exploding, sending shrapnel into storage tanks of ammonium perchlorate produced for NASA’s rocket fuel. Pepcon had to stockpile the ammonium perchlorate after the Challenger explosion happened in 1986.

My first project as an engineering manager in Las Vegas was to design fixes to repair homes damaged by the Henderson Pepcon explosion. The structural issue with the houses wasn’t with the 8-foot or 16-foot walls around the homes but the triangular part between the walls and the roof. This part had imploded due to a lack of wood that was bracing the stucco or siding. The new way trusses are designed and built in Nevada and other states to this day is a direct result of lessons learned from the Pepcon blast.

The explosion occurred as Green Valley in Henderson was still newly being developed. Green Valley’s initial groundbreaking and dirt movement occurred in 1985 so many of the nearby homes were newer.

The other Henderson option for housing at the time was custom homes and older homes. Most of the structures failed from Henderson’s Pepson Explosion. 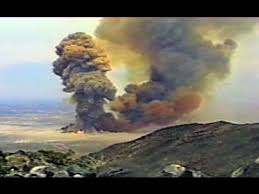 My wife and partner Terri moved to Las Vegas in February 1993, just 5 years after Henderson’s Pepcon Explosion rocked the city. Green Valley a master planned community in Henderson has turned into a beautiful community.

Everywhere you looked, there was green grass and fabulous bronze people statues everywhere. Driving through the area was interesting and fun. However, In 1993, many people still didn’t want to live anywhere near the Pepcon explosion site in Henderson. It took her almost a year to sell a home in Henderson.

Henderson’s growth was much slower than growth in Las Vegas until zoning and safety changes were made. Other potentially dangerous industrial companies eventually were relocated to Apex, North Las Vegas’ industrial center, Apex, is located above the Las Vegas Motor Speedway siding to Nellie Air Force Base land, these relocations helped make Henderson safe area it is today.

The casino building boom of the Las Vegas Strip in the 1990s was a key factor in Henderson’s resulting growth. Coming home to Green Valley was like an oasis in the desert. 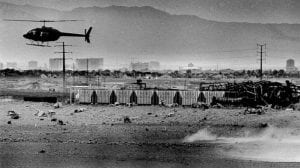 “More vigorous government inspection and enforcement could have prevented either accident.”

The Henderson Commission was also assembled by then-Gov. Richard Bryan in the days following the explosion. The committee accepted public comment about concerns regarding fire, health, safety, insurance, and zoning.

The committee recommended that facilities be inspected regularly throughout the state, and new plants should be built a safe distance from residential areas.

In 1991, the Chemical Catastrophe Prevention Act was adopted, which established a list of hazardous materials and set limits on the amount facilities are permitted to store in the plant. (Exert from the Review-Journal 1998) See News 3 YouTube video.

The blast occurred at the Northwest corner of Gibson road and Lake Mead Blvd. which is now St. Rose Parkway. Besides additional explosions, the fears at the time revolved around what chemicals and gases were released into the air. The site was cleaned and is now under the freeway exchange at that intersection.

11 Interesting Facts About The Pepcon Explosion: 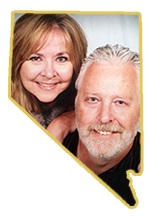