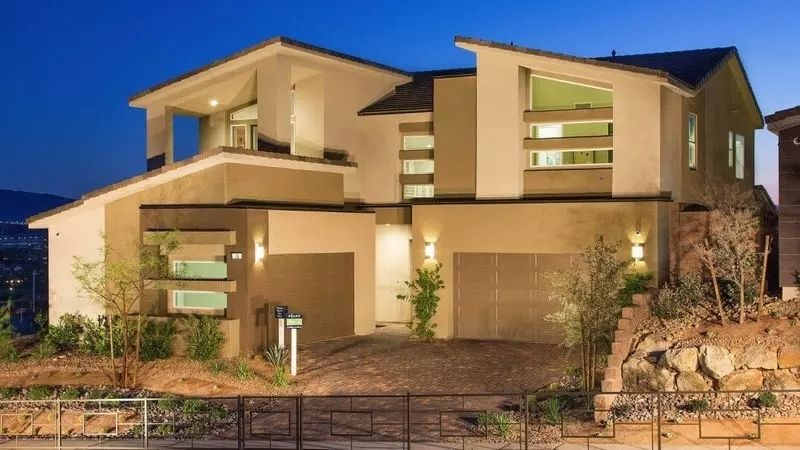 In 2019 Taylor Morrison Homes purchased William Lyon Homes for $2.4 billion and blasted into Las Vegas and Henderson in a big way. Through the acquisition, Taylor Morrison became the 5th largest builder in the country.

Already building in California, Texas, Colorado, and Arizona, Southern Nevada made sense and filled in their only missing state in the Southwest US.

They acquired over 1000 home lots besides the 12 communities under construction in the Las Vegas Valley with this acquisition. Corporate hired the former Pulte Homes Las Vegas President to manage Las Vegas. She was happy to return to Las Vegas from Arizona since she still had strong community ties and relationships.

‘William Lyon Homes has always had an excellent reputation in Las Vegas. The price points they focused on range from $400K to over $1 million. Taylor Morrison Las Vegas retained William Lyon Homes’ employees, communities, and floor plans. They added contemporary townhouses and duplexes with floorplans to attract more entry-level and vacation homeowners.

Does Taylor Morrison Pay For My Realtor?

Yes, Taylor Morrison Las Vegas and almost every Las Vegas Builder will pay for you to have buyer representation. The price you pay for your home doesn’t change whether you have a Realtor or not. You’re ultimately paying for this benefit, so USE IT!

There is fine print that says you must go with your Realtor on the first visit to their community. Your Realtor may also register you online for you to receive this huge benefit. So, don’t you want the best new construction Realtor in Vegas on your team? I’m the guy. I’ve been selling new homes for 26 years and am a former Nevada building engineer, a PE, CE.

As your home is built, I go to the homesite and do weekly construction monitoring. I am on YOUR TEAM and walk the property with you or for you looking for flaws and missed items. You receive weekly pictures and videos, and we talk about what’s going on with the house as part of my service that the builder pays for.

Read our blog about “About Us” and/or “7 Reasons To Use A New Construction Realtor” before you look. With how quickly homes are built in the Las Vegas Valley, you need to be protected. As a 26+ year Realtor and former NV building engineer, I represent YOU.

New Construction Homes For Sale in Las Vegas and Pahrump

If you are interested in seeing their communities let me know. I show you the differences between Las Vegas builders and their new construction homes for sale.

Feel free to investigate houses and floorplans on our New Construction Home links. Call or text us if you’d like us to do the search for you or to see some Las Vegas new construction homes and communities.

In addition to Nevada, they 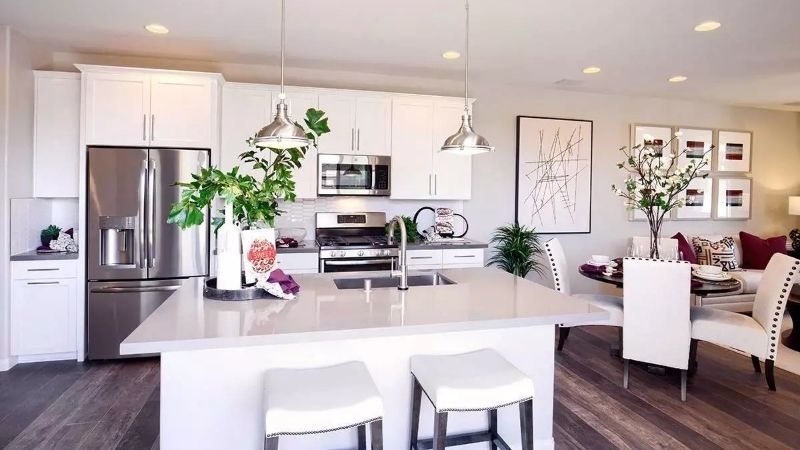 currently build houses in Arizona, California, Colorado, Georgia, Florida, Illinois, North Carolina, South Carolina, and Texas. Their prices range from the $150,000’s in the South to over $8 million in Southern California.

Morrison Homes was initially founded in Seattle in 1905. They only built Washington houses until 1946, when they expanded and moved their headquarters to California. Continuously expanding, Morrison Homes built affordable houses throughout the west and the south.

Taylor Woodrow Homes was also a large, established corporation before the merger. Originally founded in Great Britain in 1921, Taylor Woodrow Homes expanded into commercial real estate after WWII. Becoming an international builder of large commercial projects and homes, they branched out into the middle east, Australia, and Canada.

Castellana In Summerlin I

No Communities Are Currently For Sale In Henderson

The Heights At Palmer Ranch

The Pointe At Palmer Ranch

The Estates At Palmer Ranch

The Crest At Palmer Ranch

Note: Due to the interest rate increases, there are homes in “Sold Out” communities that become available occasionally. If you are interested in a “sold out” community, let us know so we can tell you when a property becomes available.

This website and information are made available for you to explore by Kurt Grosse with Realty One Group. Kurt is a 26+ year Las Vegas Top-Producing Realtor  and a former Nevada Building Engineer- a PE, CE.

His goal with buyers and sellers is to use his skills and knowledge to protect them and their investments. In this ever-changing Las Vegas real estate market, homes are built quickly and his skills can be invaluable.