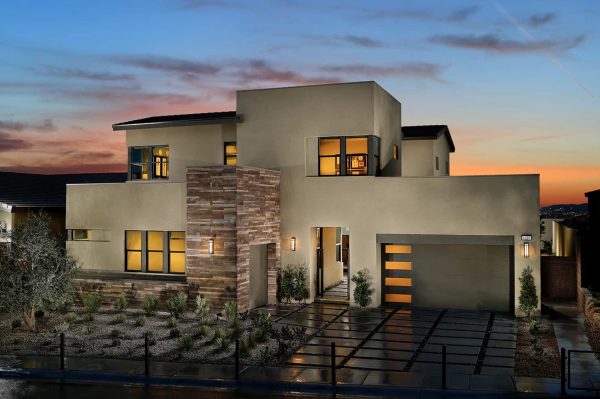 Pardee Homes Las Vegas has built thousands of houses in hundreds of neighborhoods. When I moved to Las Vegas 30+ years ago, Pardee was pioneering North Las Vegas by building El Dorado.

At the top of MLK Blvd., El Dorado was the first master-planned community in North Las Vegas. Today El Dorado stands out because it was built before Las Vegas started water conservation efforts so everything is green.

I thought it was amazing that they sold these amazing houses and put one light bulb in each light fixture. When I asked why, they said it was only to show the new owner that the light fixture worked.

Since then, they have changed that practice. It’s an example of how they cut corners to build inexpensive, affordable houses in the early 1990s.

With that success, they expanded their Living Smart Green Home Building Program in 2001. Pardee’s use of energy-efficient materials earned them numerous prestigious awards and national recognition for over 20 years.

Pardee Homes Las Vegas AKA Tri Pointe Homes and all Las Vegas Builders will pay for you to have buyer representation if you follow their program.

The home price will not change whether you have representation or not. To receive free buyer representation, you must have your Realtor register with them online and go with you on your first visit to their development.

We are New Home Specialists. In addition to us selling Real Estate for over 26 years, Kurt is a former Nevada Building Engineer, a PE, CE. With how quickly Nevada homes are built, his experience, knowledge, and services are invaluable.

As part of his unique service, as your New Construction home is built, he goes to the site to monitor construction for you or with you. Read our  “7 Reasons To Use A New Construction Realtor” page before you look at homes.

We are New Construction Buyer Protectors, and we are free! Put us on your team as your Offensive and Defensive Coordinators combined.

These homes in Inspirada were their vision of what Millennials want in their houses.

After the building show, Inspirada Model Homes continued doing great research at the community for the company. The following year their floor plans changed, and they are still using those floor plans today.

What TRI-Pointe found out while building homes in Inspirada was that Millennials mainly wanted open space in their houses within a lower-density community. The most important factor for these homebuyers was 86% wanted quality construction and 76% want low maintenance yards.

Additionally, 80% want to walk to the park and 75% want to walk to the grocery store. Surprisingly, these features were more important than technology (only 48% found that important) as was previously assumed to be #1. TRI Pointe also discovered that 35% of home buyers planned to have a roommate.

Because TRI Pointe Homes Las Vegas utilizes technology-enabled automation and energy-efficient green technology, you have a multitude of choices.

Some houses they build have been designed by their people already and have been “specked” with structural options added. They do a good job. However, if you order a house, your floor plan can include exactly what you want in your home.

It’s great to have the choice of adding a bedroom or making a bedroom into an office. You can also choose to have a den, a workout area, or a dining room. Sliding door walls have become increasingly popular. My favorite feature is always the detached casita, office, or studio that they offer. Versatility is their goal, and it shows.

As a former Nevada Building Engineer with Pardee Homes as a client, I stringently watch their building quality. Since the merger, Pardee, now TriPointe Homes Las Vegas, built good quality homes. I am happy to report that TriPoint Las Vegas management delivered homes to our clients with few errors.

When a client of ours chooses a new construction home, I monitor the home’s construction every week. I send pictures or meet with you in person. All builders have errors in their construction, and houses are not built perfectly.

When energy efficient building products have installation or manufacturing mistakes, power bills go up not down. With smart home technology and materials, most people need someone on their team. I work for you.

You should always have a New Construction Home Inspection. We gift the best new home inspection to all of our new construction home buyer clients.

Let us know when you are ready to see some new homes that fit your criteria. Schedule a housing consultation with my office today. Call or text 702-750-7599.

TRI Pointe Homes Las Vegas has taken a pause while its supply chain catches up. We have a house in escrow that is months behind. Being behind causes angry buyers and their goal is to have happy customers. If you like a house, let us know and we’ll let you know when they are releasing lots for sale in Tri Pointe Las Vegas developments, Hopefully, they’ll feel comfortable releasing home lots again soon. In the meantime, we can see Tri Pointe Las Vegas model homes by appointment. Call to schedule 702-750-7599. 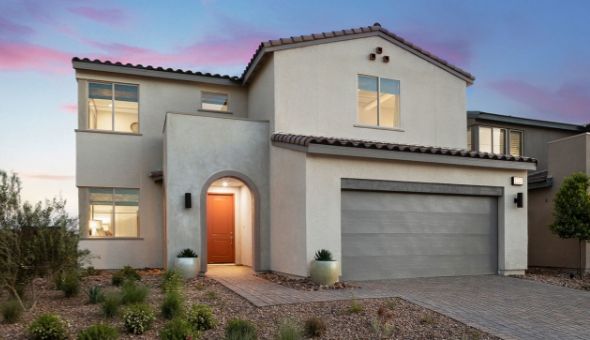 This website and information are made available for you to explore by Kurt Grosse with Realty One Group. Kurt is a  Top Las Vegas Realtor for over 26 years and is a former Nevada Building Engineer (a PE, CE).

His goal with buyers and sellers is to use his skills and knowledge to protect them through every step. With how quickly homes are built in Southern Nevada, his skills are invaluable.